The Jordan Steel Factory outside Amman, Jordan was concerned about corrosion within the pipework of its cooling system, caused by large quantities of sulphate reducing bacteria, iron oxides and scaling build up. These factors combined, contributed to an overall reduction in the efficiency of the direct and in-direct cooling system at the factory. Corrosion is a major issue for the steel factory as once the metal pipe work has begun to corrode, the process rapidly accelerates.  The management decided to contact the Corrosion Engineering Division of the Royal Scientific Society, Mechanical Design & Technology Center.

It was decided to undertake a year long trial of Hydropath

Hydropath technology is unique from any other water conditioners as it treats all of the water in the filtration system all of the time.  It works by inducing coaxial electromagnetic fields through the fluids passing through the pipe.  A ‘wave’ is generated from the unit, which is carried throughout the system. This charge helps prevent the electromechanical process of corrosion taking place i.e.  the negatively charged electrons are drawn towards the outer skin of the pipe (known as the ‘skin effect’) whilst the heavier positively charged ions are drawn away from the service. The result is that a state of passivity exists within the water.

Other physical water conditioners are flow dependent. It is necessary for the water to flow within the unit to transfer energy to the water. The flow has to be slow enough to transfer the energy to the water. If it is too fast not enough energy will be transferred to create the effect, if the flow is too slow it will take too long to reach the area where the water is precipitating and the effect will decay away after about 3.5 minutes. This is the reason that manufacturer's specify flow rates and maximum flow, necessary for proper operation of such devices. Such flow-rates are unlikely to be achieved in practical applications.

The AquaKlear system also provides the benefit of reducing bacteria and eradicating algae.  It does so by applying a charge to the bacteria, which gets hydrated with a pure water layer. This layer is absorbed into the bacteria by osmosis creating osmotic pressure which bursts the membrane thus killing the bacteria.  However in difficult conditions the algae and bacteria will form an indestructible cyst, which is virtually impossible to filter out via normal filtration. Aquaklear resolves this problem by flocculating these micro particles in order to allow filtration to be achieved. Hydropath products also offer cost savings and superior environmental benefits compared to chemical alternatives and are easy to install as they require no cutting of pipework.

Following the installation of the AquaKlear and Hydroflow systems, there was a significant reduction in corrosion at the steel factory.  The results indicated a reduction of iron oxide percentages by two thirds in the one year period, which reflected positively on reducing corrosion rates.  Scaling percentages also reduced dramatically, thus leading to the direct and in-direct factory cooling system operating more efficiently.

Independent tests were conducted by the Royal Scientific Society one year following the installation of Hydropath technology.  The results from the scale and corrosion coupons, placed in random places throughout the site were compared to those recorded 12 months earlier.  Sulphate Reducing Bacteria reduced from 10.8 to 7.92 cfu, corrosion rates reduced by more than half, and the scale deposits were considered to be ‘very thin’.  The report concluded that the improvements were directly linked to the use of AquaKlear and Hydroflow units.  It also recommended Hydropath Technology as a method of effectively protecting the cooling network against corrosion and scale without the use of chemicals.

Dr Daniel Stefanini, Technical Director of Hydropath Holdings comments, “Hydropath technology is a patented and proven means of physically conditioning water without the need for chemicals such as corrosion inhibitors, hypochlorate or sodium – depending on the application. Not only does this save our customers money, but is a far more environmentally friendly solution. This latest independent report validates the practical experience that customers around the world have experienced.” With industry beginning to take its environmental responsibilities seriously, Hydropath technology offers industry a radical alternative to chemical water treatment.

Hydropath technology can also be used for smaller commercial and domestic applications such as boilers and swimming pools, available to fit a range of pipe sizes.  It is simple and safe to install, fitted to the exterior of the pipe, and does not require any on going maintenance.  For further information on the AquaKlear and Hydroflow ranges, email This email address is being protected from spambots. You need JavaScript enabled to view it. or call (0115) 986 9966.
http://www.hydroflow.force9.co.uk 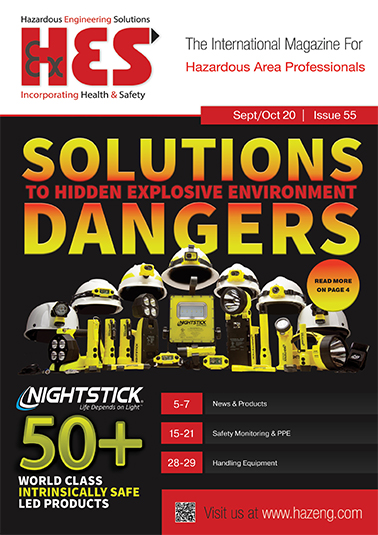